Deirdre Lovejoy was born in Abilene, Texas, and grew up in Elkhart, Indiana - the birthplace of Alka Seltzer, most of America's R.V.s, Band Instruments and the famous "River City" sung about in classic Broadway musical "The Music Man".  As a kid, Deirdre tagged along with her mother Marcia aka. "The Theater Matriarch of Michiana", to the Elkhart Civic Theatre, and fell in love with acting from the moment she stepped on stage as a fifth grader in Cat On A Hot Tin Roof . She received her BFA from the University of Evansville, and her MFA from New York University’s Tisch School of the Arts. Deirdre's career spans hundreds of appearances on TV, major motion pictures, several Broadway shows and many world theater premieres. 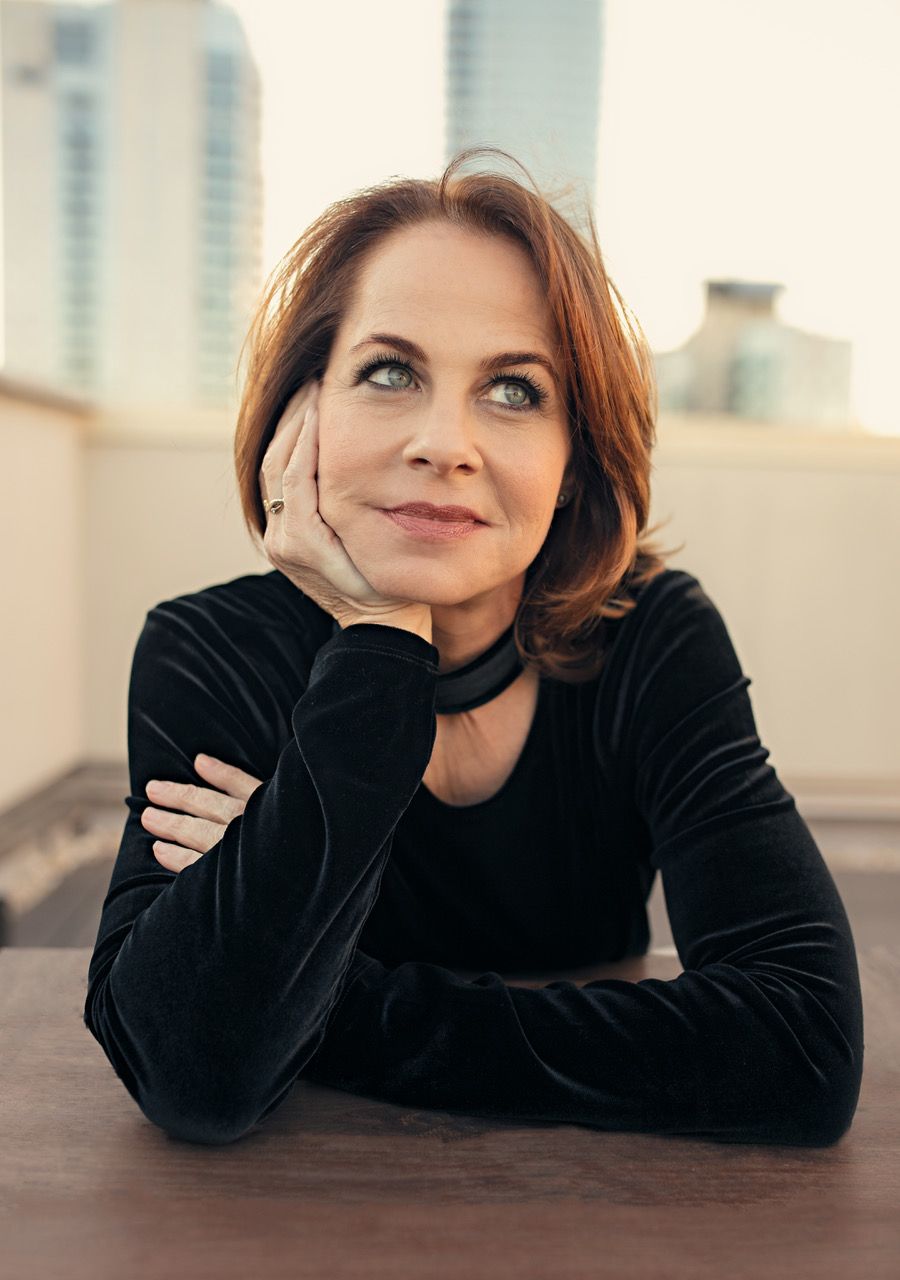 Deirdre portrayed States Attorney Rhonda Pearlman for five seasons on HBO’s critically acclaimed  The Wire. The show is often cited as one of the most influential and realistic television dramas of all time and continues to thrill fans on HBO On Demand.

Dede has played murderers, mothers, detectives, doctors, lawyers, social workers, and weeping versions of all of the above. She’s been lobotomized, arrested, jailed, killed by cars and peanut oil, witnessed successful face transplants and had her head exploded off of her body by sniper fire (one of the series Bones' most popular GIFS to date).  Bones fans know her as the brilliant/evil lawyer/serial killer, Heather Taffett, aka “The Gravedigger”.) Last year she made waves with her searing portrayal of kidnapping psychopath Wanda Barzee in the critically lauded I am Elizabeth Smart.  She can currently be seen recurring on The Blacklist on NBC and soon in leading roles on Netflix's Raising Dion and Big Dogs.  For a complete acting resume please click the "Resume" tab in the drop down menu above.

In addition to many world premieres, and regional theater roles, Deirdre appeared most recently on Broadway in the sold out run of Nora Ephron’s Tony Award winning Lucky Guy, starring Tom Hanks, directed by George C. Wolfe, (Broadhurst Theatre). Her other Broadway credits include John Guare’s Six Degrees of Separation (at Lincoln Center Theatre, as well as on tour in the First National Touring Company), Getting and Spending, (Helen Hayes Theatre) and The Gathering, (The Cort Theatre).

Deirdre spent five seasons at New York Stage and Film developing new plays and musicals with Tony, Emmy, and Oscar Award winning actors, playwrights and directors and designers, as well as five seasons with The New Harmony Project, and a season at the Ojai Playwrights Conference. She has developed work with new playwrights at The Lark, Playwrights Horizons, New Dramatists, Primary Stages, The Vineyard Theatre, The Mark Taper Forum, The Geffen Playhouse and The Public Theatre, to name a few.
As a writer, Deirdre is developing her solo piece Bird Elephant China, which premiered at the Chautauqua Theatre Company’s Solo Festival Readings Series.